Homes For Sale On Long Island

Find The Perfect Real Estate On The Island

Discover your perfect home on Long Island. Our property listings range from real estate on the North Shore to homes for sale more inland. Whatever the property type you have in mind, let us assist you in finding great homes at a great price.

Our experienced realtor team is at your service. We will help you discover the right home for you and your family and close the deal with the property owner. Automatic’s realtors are in tune with the communities across Nassau and Suffolk Counties, helping potential buyers with the information they need. 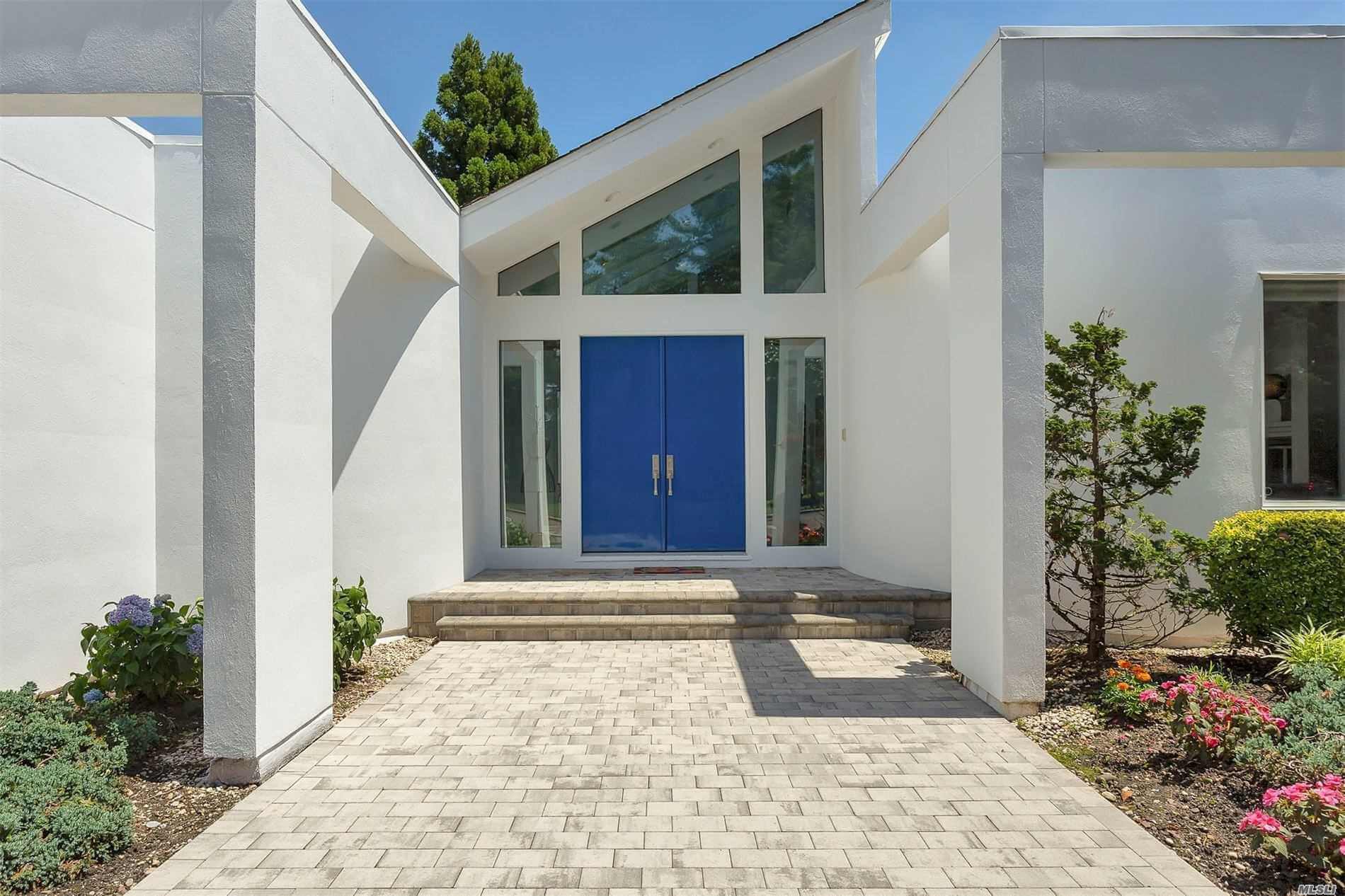 The Gold Coast is a beautiful haven with amazing homes, Long Island mansions, scenic vistas and beautiful beaches. It is also home to many diverse communities. Along with the Long Island Sound which is ideal for swimming, boating and fishing. Furthermore, the island is also famous for its exquisite golf courses, parks and vineyards. The numerous recreational opportunities offer a healthy and fun-filled yet serene atmosphere for everyone.

Thinking about business in the city? Many of our exclusive real estate listings are conveniently located within proximity to the L.I.R.R., which offers direct train lines to New York City. Without a doubt this vast, yet convenient system, will make your commute to Manhattan more efficient and relaxed.

Our team at Automatic Real Estate is here to assist you with all your house hunting needs. Whether it’s a single family on 2 acres with multiple baths, or a larger sized house on 5 acres with a resort style pool and tennis court, we’ve got you covered. We aim to make your appraisal experience as seamless and enjoyable as possible. Our realtors are ready to help you. If you see a home for sale that you are interested in, just give us a call or send us an email and we would be happy to arrange an open house. 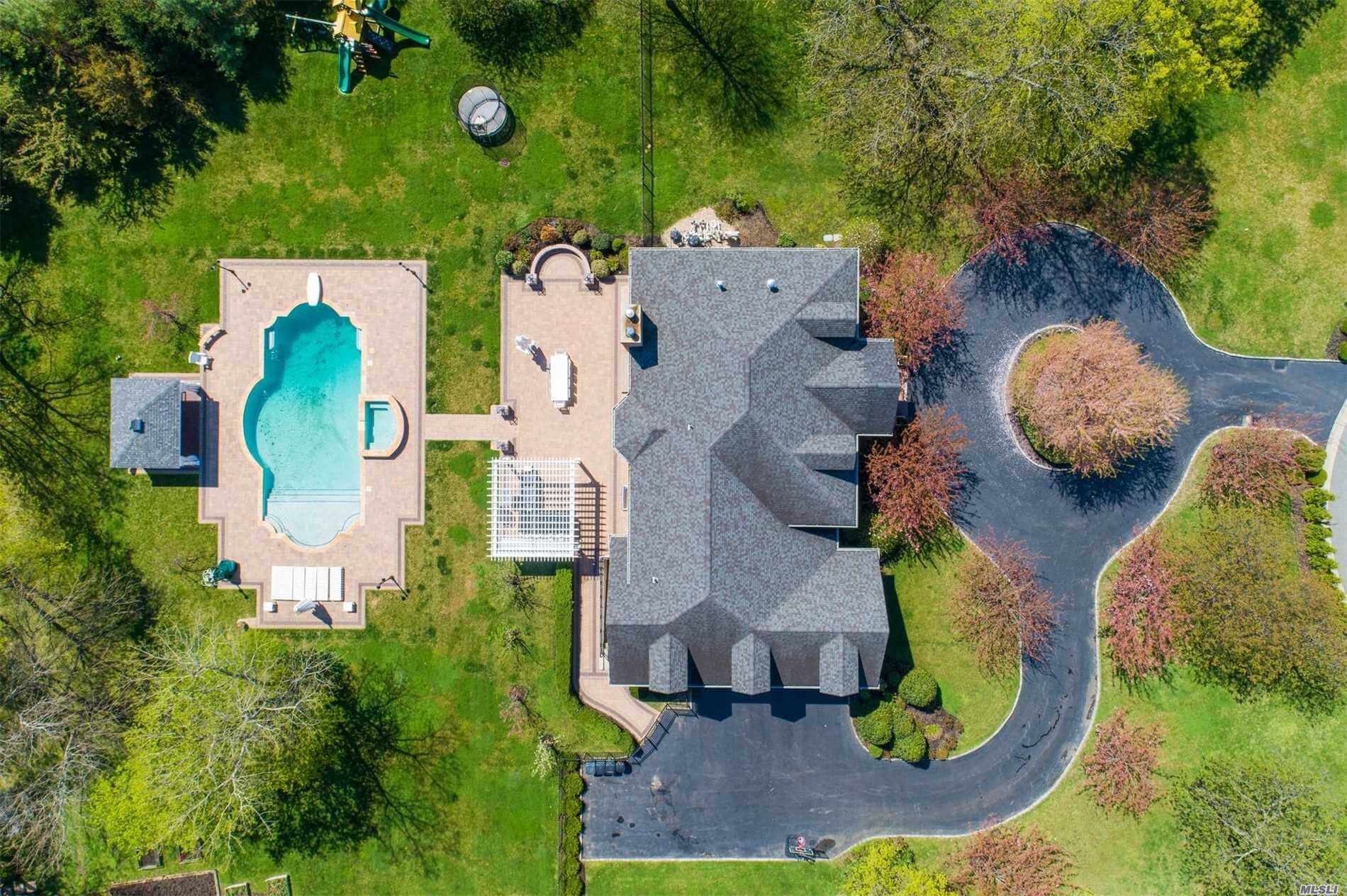 Where To Live On Long Island?

If you are not a long-time resident, you may want to begin your real estate search by learning a little about the best places to live. Therefore, we have put together our picks for the best communities to start looking at Long Island houses for sale.

Our real estate search starts at the top of the list with Roslyn. 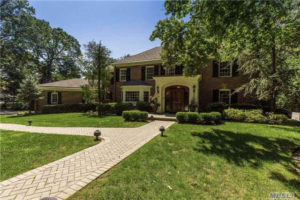 A nearly 3,000 person village in the Town of North Hempstead, Roslyn has a thousand households and six hundred families. This is a nice place to raise children, has good schools, and has easy access to any of the five boroughs. Roslyn is an upscale community with excellent services and transportation. If you wish to have a tranquil refuge at the end of a hectic day in the city, let us show you real estate in Roslyn in Nassau County. This little village is a throwback to a time when life was simpler, neighbors greeted each other, and there was a strong sense of community. 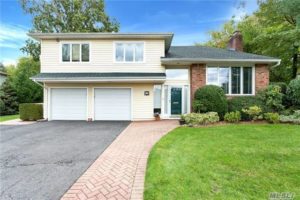 Great Neck Estates is a 2,700 person village in Nassau County. Great Neck Estates property consists of fewer than 1,000 households within an area less than a mile square on the Great Neck Peninsula. This village is a throwback to America of an earlier day but lies within easy reach of commercial centers in Manhattan and the other boroughs. This is a safe area with good services, school district, and transportation. If you want a quiet place to retreat to after a hectic day at work, Great Neck Estates real estate provides many excellent options that will fit your lifestyle and budget. We will be pleased to help you find the home of your dreams. 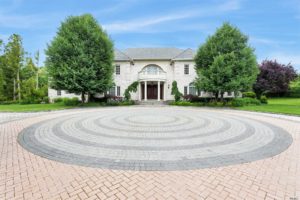 Completely located within the town of Oyster Bay, the Village of Old Brookville has a population of 2,000 and offers Nassau County residents a haven from the business of the city. This is a village in the old sense where people know their neighbors, are active in community affairs, and raise families in peace and safety. The schools in this area or excellent and there are a wide variety of services. This area is only minutes from Midtown Manhattan by rail. We can show you excellent real estate in Old Brookville and will be pleased to find the home of your dreams. 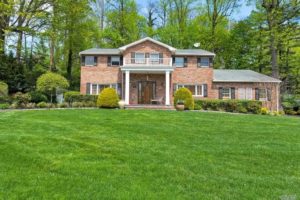 East Hills is a village of nearly 7,000 people within the Towns of North Hempstead and Oyster Bay. It is located in Nassau County within easy commuting distance of all five boroughs and offers a tranquil home setting for those whose work is fast-paced and hectic. This area has good schools, is safe, and the range of services is excellent. If you are interested in East Hills real estate, we will be pleased to help you find something that you will love.

Our short list of top places to live on Long Island is a great place to start if you are not familiar with the area.

However, long-time residents will very likely have other areas that interest them because of work, family, and/or school district.

As real estate agents we are always pleased to show you exclusive open houses and help you find the perfect listing at the best price. 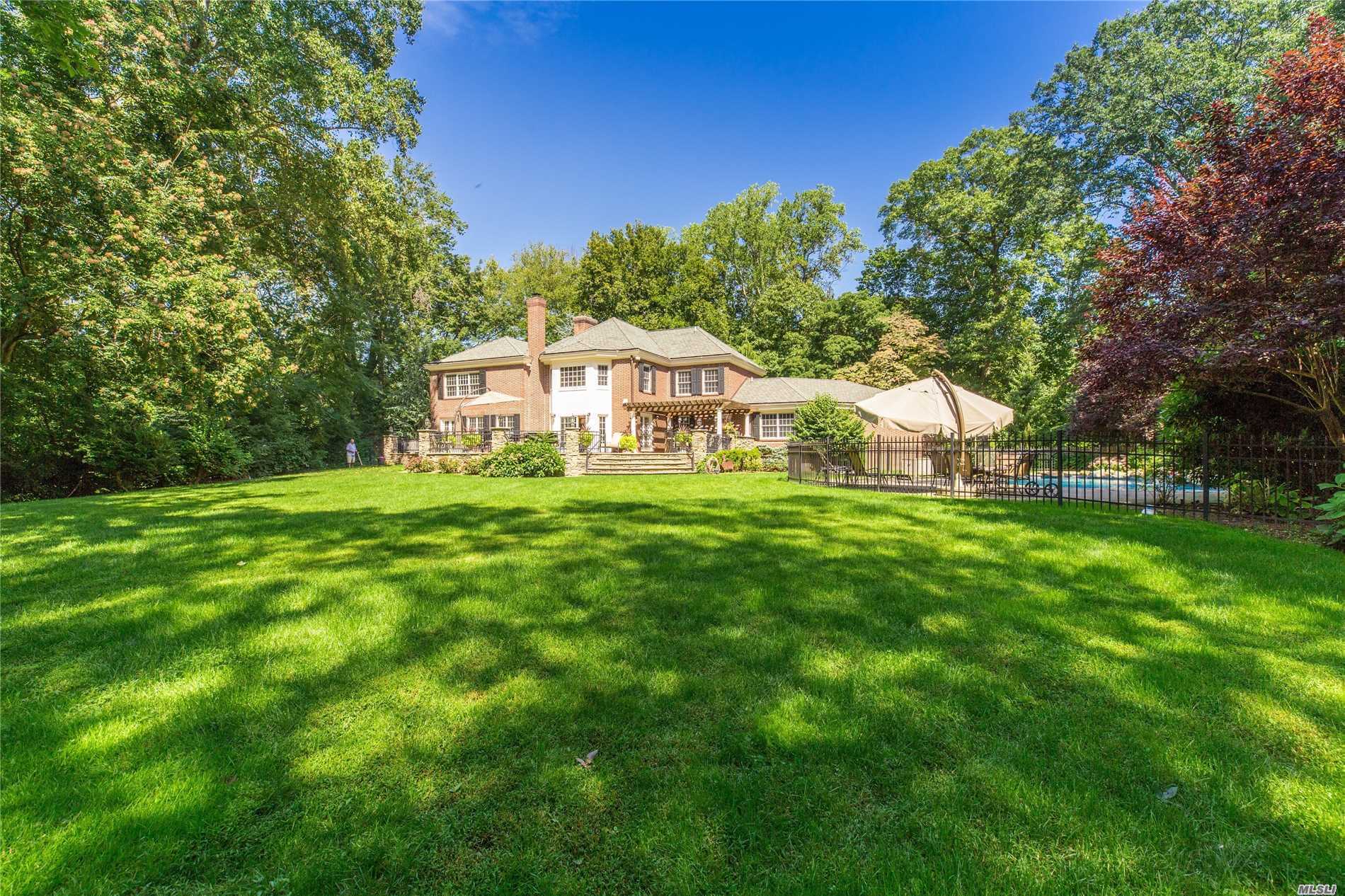 Long Island’s name is well given as it is the largest and the longest island in the contiguous United States. Located just 0.35 miles off the bustling Manhattan Island, Long Island stretches for 118 miles eastwards, encompassing 1041 square miles of diverse landscape (making it larger than the state of Rhode Island in terms of land area!).

Nassau County and Suffolk County encompass a majority of Long Island. Long Island features the iconic Montauk Point at its eastern border, with its western border connecting it to New York Harbor.

The real estate market fluctuates, but Long Island property valuations have held steady in a markedly positive trend. While serving as an exclusive residence as well as a sound investment, your Nassau or Suffolk County home is also within a desirable distance from New York City.

The Big Apple’s economy is booming and diversifying. As the financial industry continues to find unprecedented stability in this decade as well as the rise of NYC’s technology scene, large companies are constantly moving into NYC. Ultimately, the combination of a luxurious lifestyle with the opportunity of doing business in NYC makes this island the place to live.

Long Island has long summers with a few hot days, a mild fall and cool winters with a bit of snow and rain, followed by a mild spring. In addition, the climate is quite humid but the cooler temperatures of the Atlantic Ocean help keep Long Island weather mild during spring and fall.

The geography also gives residents access to some of the most beautiful and pristine beaches in America. Plan a weekend trip and visit the many historical landmarks, golf courses, vineyards and idyllic retreats on the island. 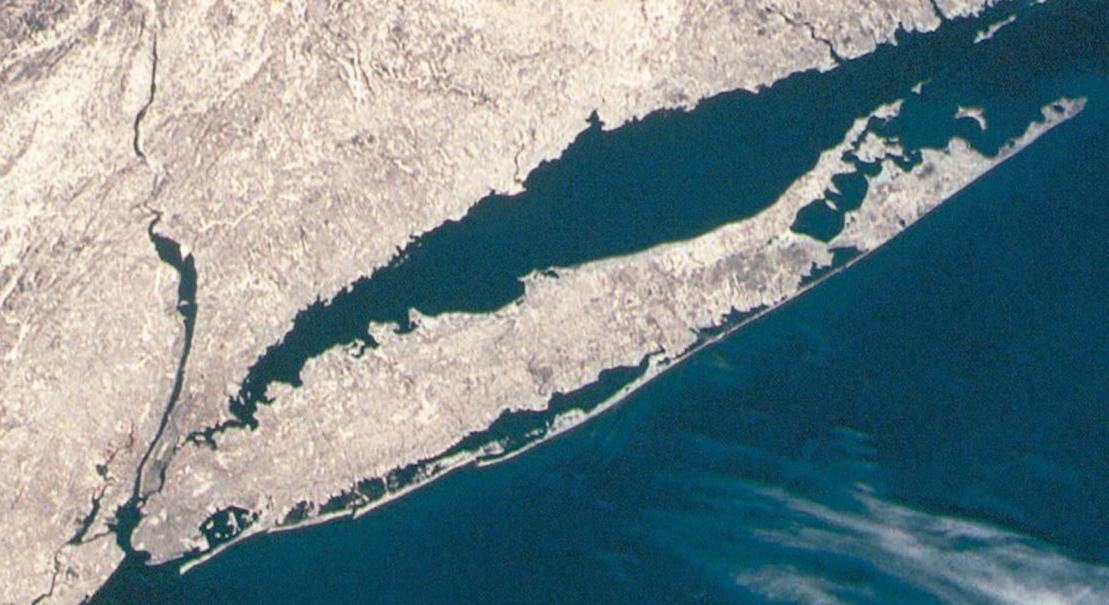 Long Island’s close proximity to Manhattan Island and the other boroughs of New York City make it a desirable residential location. Homeowners have the option to choose from the Long Island Railroad, MTA buses and New York City Subways to commute from Nassau and Suffolk Counties. There are 5 expressways that traverse through the Island, with the Long Island Expressway, or I-495, providing a connection along the entire length of Long Island.

The island is extremely well connected by air as well. JFK Airport is one of the largest international airports in the world, offering direct flights across the globe. Situated in the county of Queens on Long Island, it is the busiest international point of entry to the US. Also located in Queens is LaGuardia Airport. LGA is one of the busiest domestic airports in the US, serving as the primary domestic point of entry to NYC along with Newark Airport in New Jersey.

A ferry operates between cities in Long Island and Connecticut. The Ferries connect the two through the Long Island Sound estuary. Ferries operate from multiple locations on Long Island during Multiple times of the day. 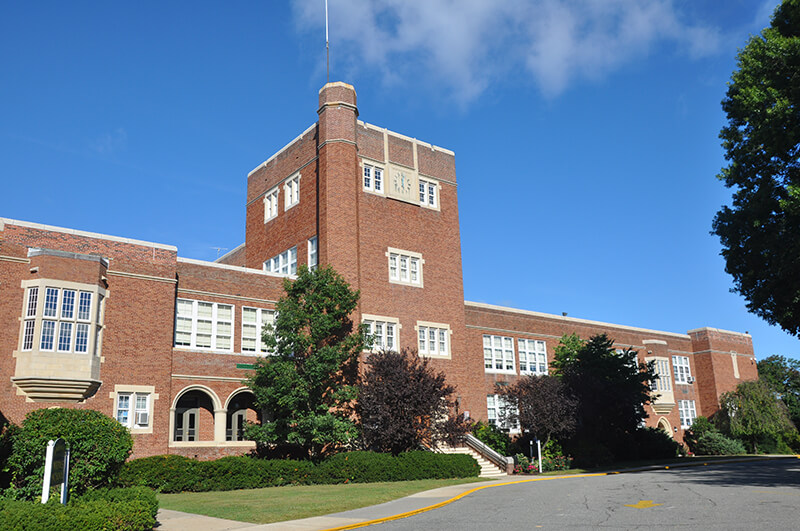 A home on Long Island is the ideal place to foster young minds and older, while also offering a relaxed environment.

Islanders back the New York Mets who are based out of Citi Field in Queens, NY. The Brooklyn Nets and New York Islanders are also based out of the Barclays Center in Brooklyn. Long Island hosts a number of minor league teams and well as a few Division 2 teams through the SUNY and CUNY college systems. The US Open, one of the four Grand Slam tennis tournaments, is also hosted in Flushing Meadows Park, Queens NY.

Long Island truly offers everything for you and your family.

There are many real estate offices out there, but give us a shot. Feel free to contact us if you are searching for that perfect home.

Let us be your realtor. Make it Automatic!